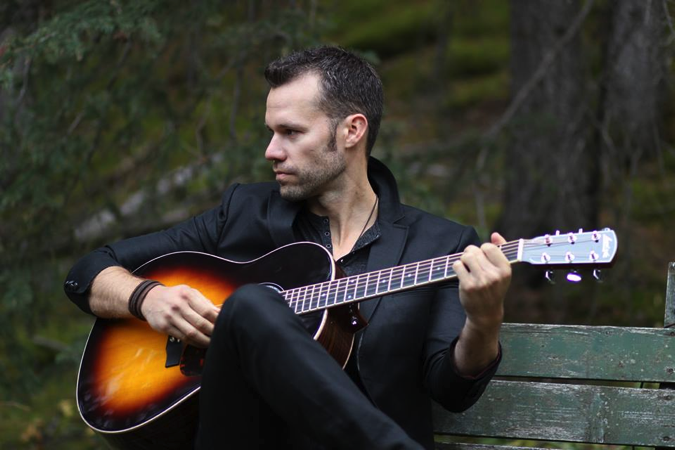 The Norfolk County Fair & Horse Show, is thrilled to announce the first of two concert performances at the Grandstand for this year’s 177th fair.

On Saturday, October 7thth at 8:00 pm, Canadian Country musician, singer, songwriter
Chad Brownlee will perform at the Grandstand on the Norfolk County Fair & Horse Show main stage.  An award-winning singer, songwriter, philanthropist and former NHL draft pick, country music artist Chad Brownlee is by definition a renaissance man. With over a billion radio impressions to date, his singles have rapidly climbed the country music charts. Most recently, he has just been nominated for the 2017 Canadian Country Music Association® (CCMA®) Awards for Male Artist of the Year and People’s Choice.  Chad also picked up a highly coveted 2017 JUNO Award nomination for Country Album of the Year, earned GOLD certification for his single “I Hate You For It”, celebrated his first #1 video at CMT and achieved his third consecutive top 10 hit with the single, “Somethin’ We Shouldn’t Do”. Throughout his career, Brownlee has received critical acclaim and numerous accolades including a 2013 JUNO nomination for Country Album of the Year, and multiple Canadian Country Music Association® (CCMA®) Award™ nominations, including a 2016 Album of the Year nod for Hearts On Fire, the fourth release in his discography. In January of 2017 Brownlee’s Hearts On Fire Tour collided with Tim Hicks’ Shake These Walls Tour for 8 highly praised co-headlining dates across Western Canada anchored by his inspiring and unorthodox approach.

A first time visit for Chad Brownlee to the Fair, thanks to our community partners including   Simcoe Reformer, First Ontario Credit Union and Country 107.3.

Concert tickets for this show as well as Fair advance admission tickets to the Fair, and parking passes go on sale Monday July 24th at 9:00 a.m. Purchase tickets online at norfolkcountyfair.com , by phone 519-426-7280 x 233, or in person at the Fairgrounds, 172 South Drive, Simcoe Bldg. #5.

“Party on the Track” for both Friday and Saturday Grandstand Shows continue.  Reserved seating will still be available on the track for $25. General Admission (standing), on the track is only $20.  This will be a licensed area and only available to track patrons.  Grandstand seating is free with paid admission to the Fair.   Party on the Track gates open at 6:30pm on the day of show where you can enjoy your favourite beverage.

Taste of Norfolk will be taking place Friday, October 6 to Monday, October 9 beginning at 1pm each day in the Rec Centre Arena. Come and discover Norfolk County’s bounty of wineries, breweries and restaurants under one roof. Live musical entertainment each day with Canada’s best Tribute performers.  Friday – The Women of Pop featuring Cher, Madonna, Tina and Lady Gaga.  Saturday – The guys take over with David Bowie, Neil Diamond, Stevie Wonder and Elton John.  Sunday – Fan favourites Chicago Transit and Powerhouse.   Monday brings Norfolk Has Talent in a separately ticketed event featuring Bellwoods and Master of Ceremonies Canadian Idol winner Theo Tams. The Rec Centre will be licensed and open to all ages with food, snacks and refreshments.  For more information, full schedules on upcoming events within the Rec Centre during Fair visit norfolkcountyfair.com

The Harvest Dinner Concert continues for the seventh consecutive year. This is a separately ticketed event.  The Harvest Dinner includes a VIP package consisting of Admission to the Fair, parking, drink tickets, and your chance to win over $4,500 in prizes courtesy of WestJet and Leon’s of Simcoe, plus a wonderful presentation of local food, beverages and desserts.  Following the dinner will be an exclusive private concert with ABBAMANIA and special guests.   Limited seating. Tickets available at the Fair Office, online at norfolkcountyfair.com or call the Fair office at 519-426-7280 x 233.  The Harvest Dinner is sponsored by Blue Star Lincoln, Ramblin’ Road, Scotiabank  and Ontario South Coast Wineries and Growers Association.  This is a fundraising initiative for the Norfolk County Fair.

Don’t forget to buy your tickets early and save! Advance tickets for admission to the Fair can be purchased at your local Roulston’s locations in Simcoe, Port Dover and Delhi. Ride one day, all day vouchers are also available for a limited time. Don’t miss out.  All tickets are also available at the Fair office, 172 South Drive, Simcoe or online at norfolkcountyfair.com

The Norfolk County Fair and Horse Show is celebrating 177  years, and is the fourth largest fair in Ontario and has an annual attendance in excess of 100,000 visitors. The Fair has earned a “Top 100” event designation through Festivals and Events of Ontario and is one of the top fairs in the country according to the Canadian Association of Fairs and Exhibitions. Norfolk County Fair and Horse Show is held in Simcoe, Ontario and runs October 3-9, 2017.