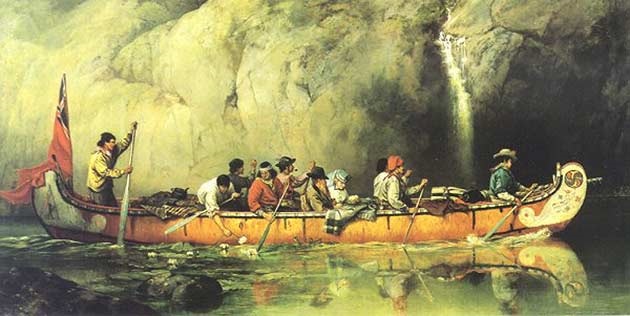 They joined an expedition of the adventurous Robert Cavelier de La Salle, whose team included 14 men in 5 canoes. 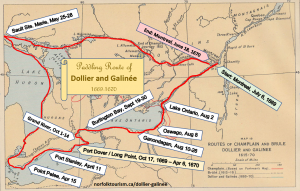 Just before they set off, the Superior of the Sulpicians (who distrusted La Salle) had replaced the man originally designated to accompany Dollier. Galinée, the substitute, had some knowledge of geography. A few weeks into the trip, the Superior’s instincts were correct. La Salle admitted he doesn’t speak Iroquois. Luckily, the group met an Iroquois guide who agreed to accompany them.

July 13 and August 10, 2019: To celebrate the 350th Anniversary of Dollier & Galinee’s expedition, take the Chez Nous Explorer Tour. It’s an off-centered trail riding adventure along the magnificent views of Norfolk County’s wine country. Discover traces of Dollier & Galinée’s expedition, taste the fermented fruit of the land and indulge the way the first explorers did.