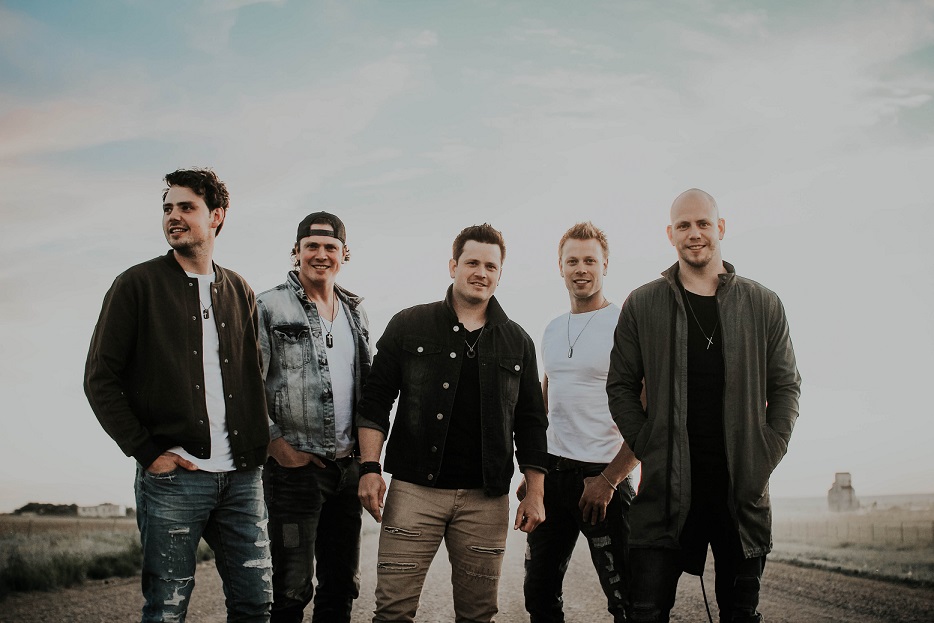 The Norfolk County Fair & Horse Show is thrilled to announce the first of two concert performances at the Grandstand for this year’s 178th fair.

On Saturday, October 6th at 8:00 pm, the skyrocketing Canadian Country band The Hunter Brothers will perform at the Grandstand on the Norfolk County Fair & Horse Show main stage.

Luke, J.J., Ty, Brock and Dusty — a.k.a. The Hunter Brothers — cared about three things: hockey, music and farming. When they weren’t working the fields, the five siblings spent summers singing gospel across Canada and the U.S., while winters were for hockey, playing for the likes of Kelowna Rockets and, eventually, the Edmonton Oilers.

The Hunter Brothers’ debut album, Getaway was released in March of 2017 and features five Top-40 radio hits, including the Top 10 smash “Born and Raised.” Since their explosive launch, the brothers have been keeping the family tradition alive. This ‘reality show’ life has proved fertile for comedic paydirt. Every season at Harvest time, the brothers re-write well known songs with words that are relevant to farming culture, performing them over the brother’s CB radios. Some can be seen online, which include “The Combines Stuck” (a reworking of Corb Lund’s “Truck Got Stuck!”) and “Shade of Blue” (a fatherly take on the Ed Sheeran hit) with over 3 million views. These videos along with the Brothers active presence on social media led to their first CCMA nomination in 2017 an again in 2018 for “Interactive Artist Of The Year”.

They were also nominated for the CCMA 2018 Group or Duo of the Year and the CCMA SIRIUSXM Rising Star award!
2018 has already brought the Hunter Brothers on the road, touring with friends and collaborators, High Valley. Their most recent single release “Those Were The Nights” was in the Top 5 Canadian songs on the Billboard Canadian Country National Airplay charts. The guys are already hard at work on the follow up to their debut album.

A first time visit to the Fair for the Hunter Brothers, thanks to our community partners including Simcoe Reformer, First Ontario Credit Union and Country 107.3.

Concert tickets for this show as well as Fair advance admission tickets to the Fair, and parking passes go on sale Friday July 20th at 9:00 a.m. Purchase tickets online at norfolkcountyfair.com , by phone 519-426-7280 x 233, or in person at the Fairgrounds, 172 South Drive, Simcoe Bldg. #5