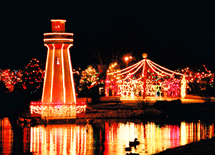 Walking through the lights and displays of Simcoe Christmas Panorama in Wellington Park has been an annual tradition for many people for 60 years.

Here are some secrets about Panorama you should know about…

1. Cabins and the Christmas Market 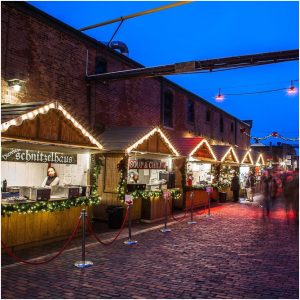 Market within Simcoe’s Wellington Park during the time of the light festival. It’s their vision to make Wellington Park and Panorama an “IT” destination for local artisan/craft shopping along with outdoor activities for kids and adults and, of course, the lights. Every weekend, there will be new vendors
and things to do so people can keep coming back week after week.

The event we love today originated from the Santa Claus Parade in Simcoe in 1958. Organizers abandoned parade floats in Wellington Park at the end of a wet and miserable day, but decided to try something new the following year. They dressed three new exhibits and the existing parade floats with lights and positioned them in the park for all to enjoy. Simcoe Christmas Panorama was born. BlogTO recently said: “This unreal riverside lights festival is two hours from Toronto“. 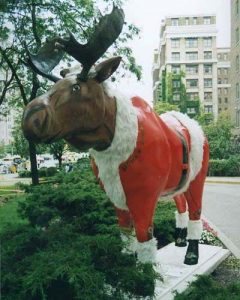 Santa Moose is a “newcomer” welcomed from the streets of Toronto in 20o1. One of 320 life-sized moose sculptures, Santa Moose was originally situated outside Sick Children’s Hospital. Simcoe Christmas Panorama bid over $7,000 with donations from area businesses for the honour of hosting Santa Moose.

The Horse-Drawn Trolley Rides run from 6:30pm to 9:30pm on Friday and Saturday nights starting on Dec 7 and finishing on Dec 29. Cost is only $2 per person and kids under five ride for free.

There are worldwide connections to Panorama, including Africa. If you purchase goodies at the Panorama Park Cider and Donut booth, you are raising much needed funds for Tumaini Children’s Foundation which offers care, support and education of orphaned and needy children in and around Usa River, Arusha, Tanzania. 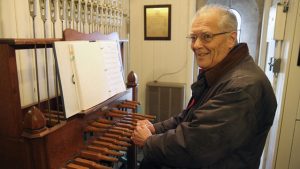 Carillon bells are played by volunteers throughout the month-long event, every evening throughout Panorama from 6:30 p.m. to 8:30 p.m. The Norfolk War Memorial Carillon Tower was the second such building to be erected in Canada: the bell system was shipped to Canada in 1925 from a bell foundry in England. It took two years and plenty of Hagersville limestone to build the 60-foot tall, 22-foot square tower. “Every time we hear the bells, we’ll remember our soldiers,” said Jim Nicholls, the sixth chief carillonneur in the tower’s history. If you return to Simcoe during another time of the year, you may hear Carillon players practising Christmas carols.

Volunteers make Simcoe Christmas Panorama a reality, including the building and maintenance of all displays The most photographed display is the lighthouse which is currently being rebuilt by the Simcoe Lions Club. 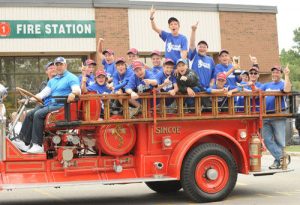 8. Santa arrives on what?

Santa arrives opening night on The Bickle. What’s that, you ask? The 1935 Bickle Pumper is an antique fire truck made in Woodstock, Ontario, for the Kitchener Fire Department. You might see The Bickle other times of the year: sports teams in Norfolk County who win a championship often celebrate by riding around town in the old fire truck.

There are two wonderful family events happening in Simcoe during Panorama: