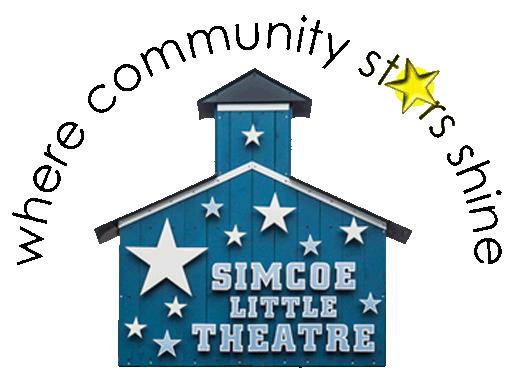 Running from February 7th through 17th, Simcoe Little Theatre is proud to present the Samuel Beckett classic, Waiting for Godot. This classic is directed by Matthew Willson, a returning director to the Simcoe Little

Theatre, and takes patrons on a surreal journey of tragedy and comedy as two characters, Vladimir (played by John Harris) and Estragon (played by Dan Fewings), await the arrival of the mysterious Mr. Godot. As these bedraggled companions await Godot, they encounter a number of characters: the slave Lucky (played by Bruce Robinson) and his master Pozzo (played by Martin Smith); and the Boy (played by Isaac Verberne) serving as a messenger for Godot.

Ever wearied, Vladimir and Estragon debate the nature of existence, philosophy and time as they interact with Lucky and Pozzo. Even as they debate and interact with the others, the mysterious Godot looms as a unseen presence in a setting where the line between time and space is blurred. Regardless of a feeling of deja-vu,, the characters continue to await the arrival of Godot.

One of Samuel Beckett’s best known plays, this play offers patrons the opportunity to take a surreal journey with the characters while waiting for Godot. The cast and crew of Simcoe Little Theatre’s upcoming rendition have been working hard to create an unforgettable theatre experience. It will certainly be a show not to miss.

Tickets are available by calling the box office at (519) 426-7620 or by or by emailing us at tickets@simcoelittletheatre.org . Tickets cost $ 25 regular admission and $ 20 senior admission. Show times run Thursday through Saturday starting at 8 pm, with Sunday matinees starting at 2 pm.